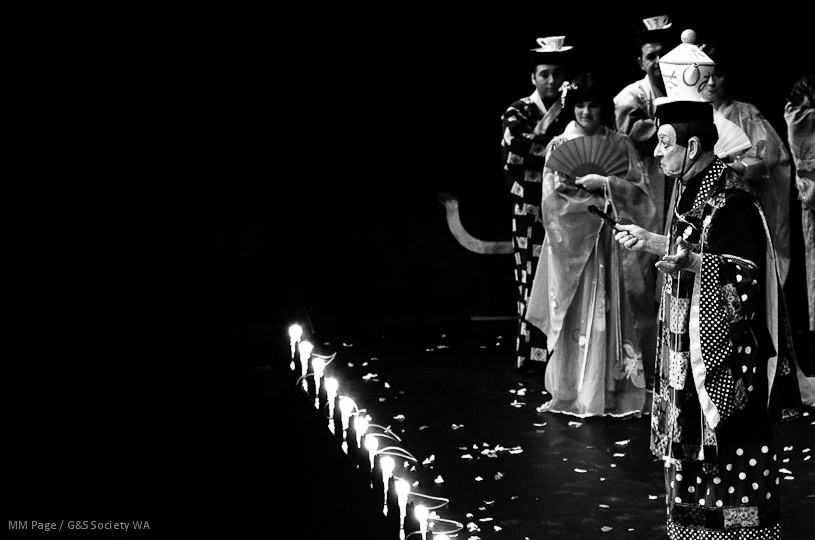 What can one say about this perennial favourite?  Since 1885 audiences have been delighted and entertained with Gilbert’s creation of all-too-familiar British institutions crafted into the (then) exotic setting of Japan.  “The Mikado” is full of brilliant and instantly recognizable songs such as “I’ve Got a Little List” (usually loaded with up to date satire) and “Three Little Maids from School.”

What is The Mikado about?  Picture if you will a bloodthirsty Mikado, his equally bloodthirsty daughter-in-law-elect, a shy and retiring Lord High Executioner, a bombastic Lord High Everything Else and add to this a lovelorn second trombone.  All of this is set in what looks like 19th Century Japan but with characters as British as pork pie and the Tower of London!  The Mikado is still Gilbert and Sullivan’s most popular comic operetta. Full of fun, satire and well known melodies it makes for great family entertainment.

Directed by Anthony Howes with musical direction by Max Page, “The Mikado” was performed at the Octagon Theatre between 27th September and 6th October 2012.