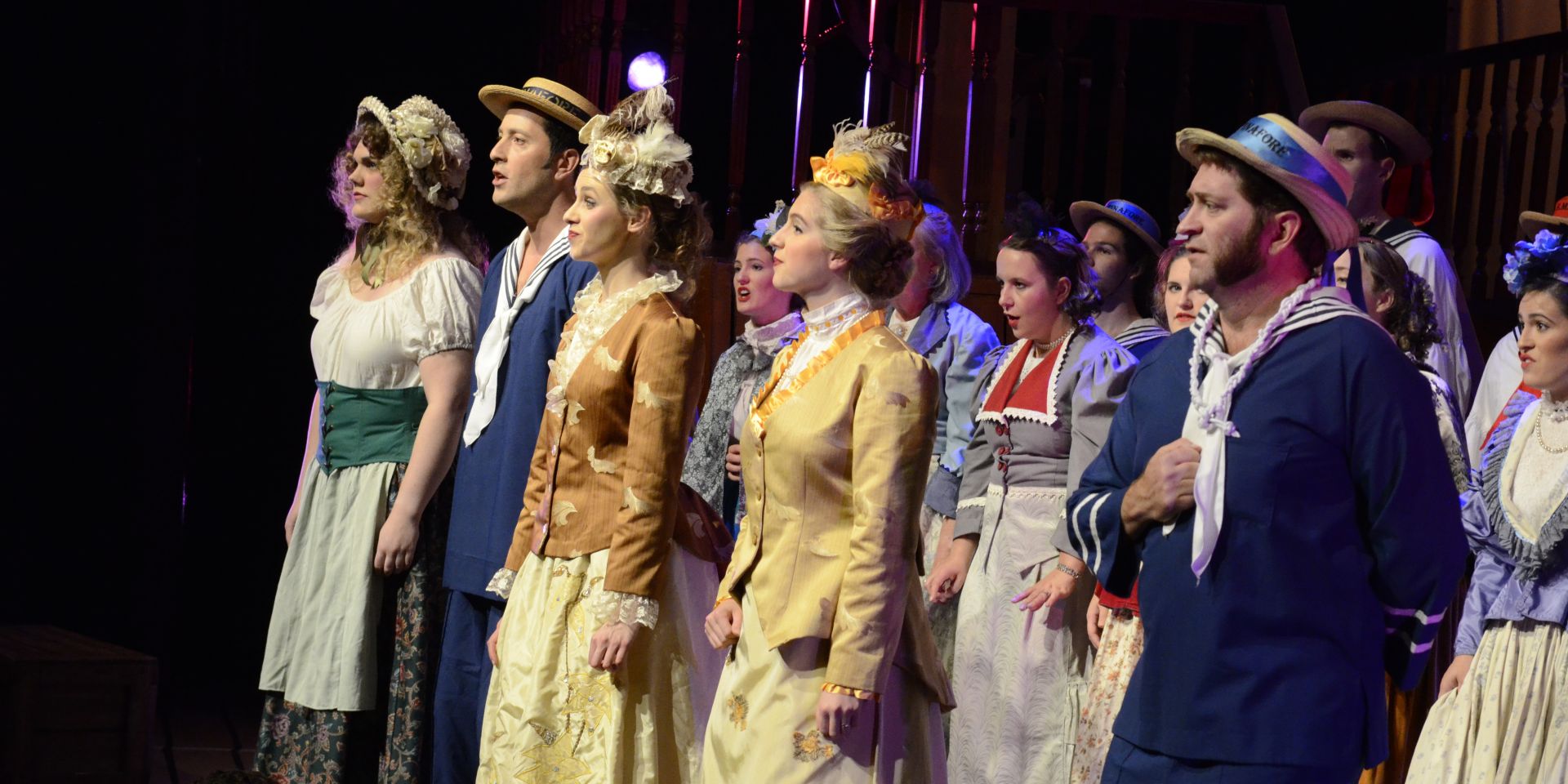 Singing sailors, tipsy admirals … yes, the terror of the seas, HMS Pinafore, is back!

Musical theatre mayhem will be launched on the high seas, when H.M.S Pinafore sails into the Dolphin Theatre this May for the annual production of the Gilbert & Sullivan Society of Western Australia. The outrageous comic opera is set at the height of the British Empire when it ruled the waves with awesome warships called Victory, Goliath, Audacious and … Pinafore? Outrageously funny dialogue and lyrics, singing sailors, tipsy admirals, and young lovers that defy the system, along with addictive music will have you toe- tapping and humming long after you’ve left the theatre.

The 2017 production which runs from May 18 to 27 is directed by Alan Needham, one of WA’s leading exponents of the G&S repertoire and a veteran of over 100 musical theatre productions. He will direct a cast of over 30 and is joined by musical director, Michael Brett and his orchestra in bringing the musical to brilliant life.